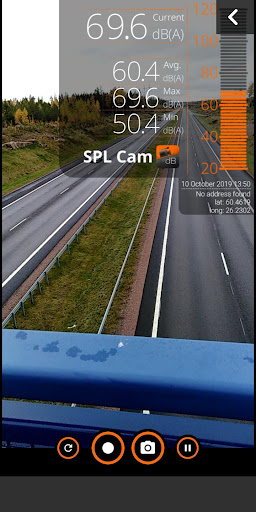 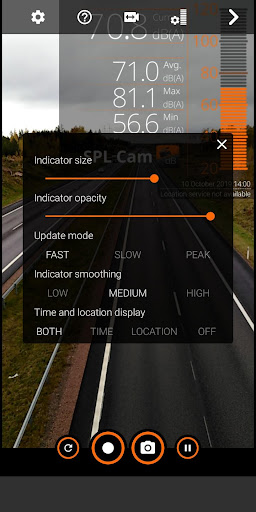 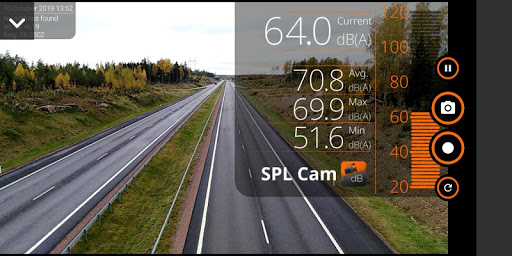 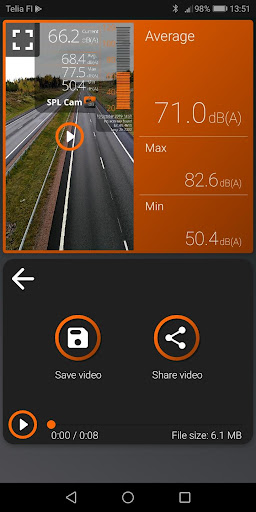 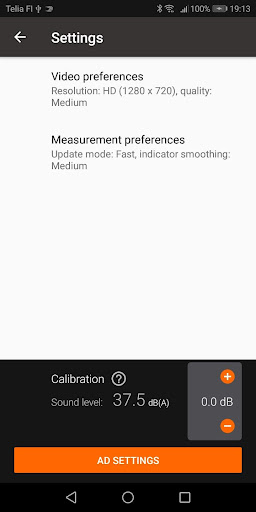 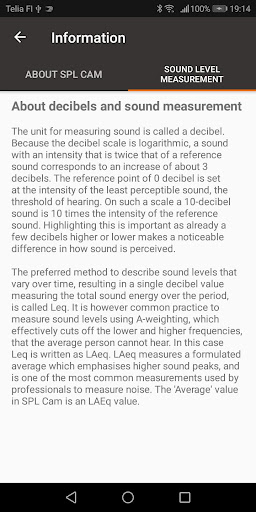 SPL Cam combines a sound pressure level (SPL) meter with a camera and video camera. Measure sound, take sound meter photos, and record sound meter videos. SPL Cam is perfect for capturing high definition images and live video while measuring sound. Save images and video files easily on your phone, and share them if you want from the gallery. SPL Cam can naturally also be used as a SPL meter without video recording.

About decibels and sound measurement

The unit for measuring sound is called a decibel. Because the decibel scale is logarithmic, a sound with an intensity that is twice that of a reference sound corresponds to an increase of about 3 decibels. The reference point of 0 decibel is set at the intensity of the least perceptible sound, the threshold of hearing. On such a scale a 10-decibel sound is 10 times the intensity of the reference sound. Highlighting this is important as already a few decibels higher or lower makes a noticeable difference in how sound is perceived.

The preferred method to describe sound levels that vary over time, resulting in a single decibel value measuring the total sound energy over the period is called Leq. It is however common practice to measure sound levels using the A-weighting, which effectively cuts off the lower and higher frequencies, that the average person cannot hear. In this case Leq is written as LAeq. LAeq measures a formulated average which emphasises higher sound peaks, and is one of the most common measurements used by professionals to measure noise. All averages in SPL CAM are measured in LAeq.
Fixed a layout problem with the button help view.